Todays contribution is based on a LBC radio show hosted by  James O’brian. LBC, for those of you who don't know, stands for ‘Leading Britain's Conversation’ and is a daily talk show where listeners call in to give their opinions and share their experiences on a subject chosen by the host. 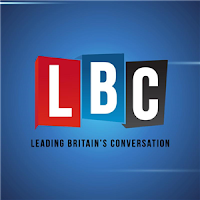 James O’brian in particular is a journalist who is renowned for his fiery arguments, strong yet innocuous opposition to Brexit, his tenaciousness of facts and evidence, and his stance on empathy. James, who can be found on twitter @mrjamesob, has changed the lives and views of many of his one million daily listeners, myself included. Had I the chance to speak with James face to face I would first tell him not to talk over me while I'm trying to talk over him (only his regular listeners will understand that reference). Then tell him that his work on LBC has been the most eye opening, thought provoking and enlightening I have ever heard.

All that aside, one subject that caught my attention was the question of “What is the definition of rich?”  This was bought about by Jeremy Corbyn, leader of the labour party and her majesty’s opposition. He suggested that rich people in the United Kingdom should be contributing more tax to help the struggling economy; the NHS in particular.

Before I continue, can you see the problem with that statement? Can you define rich? Go on, try. I will wait……………

It’s not easy is it? Each definition can be easily combated by realising that being ‘rich’ or ‘wealthy’ is perspectival.

If Mr Corbyn suggested that, for example, his definition of rich was anyone with combined household earnings of £50,000 and above, those who earn £50,100 a year would be the first to protest. Imagine if you were lumped into a massive tax bracket by a margin of just £100? Just to make matter worse, imagine the smug people who earn £49,999 a year!

The not-so-obvious point is being ‘wealthy’ does depend on the difference between income and outgoing bills. Earning £30k a year and having monthly bills of £1k would make you wealthier than someone earning £120k a year with monthly bills in excess of £10k. Is that rich?

The only way to make a fair system in my judgement is to create more tax brackets.  Tax should be a gradual spectrum. Anyone earning less than £20k a year should be tax exempt. The tax system could then go up in ten thousand pound intervals. Gradually paying a larger tax percentage each time.

Also, I take issue with the words ‘rich’ and ‘poor’. They are abstract words with no concrete meaning because they depend on ones perception. The only way to make sense of it is to replace them with ‘wealthier’ and ‘less wealthy’ which coincides with viewing wealth on a continuum and not a standardised bracket.
Posted by CHRIS ORAM at 11:28 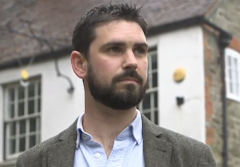